Congratulations to Jiaozuo Creation Heavy Industry Co.,Ltd, who has won the reputation of the only pilot enterprise of intelligent manufacturing in the city of Jiaozuo, JzCreation is a general contractor of the bulk handling system project, involved in Mining, Harbor, Coal, Power, Metallurgy, Construction material, Food, and so on. 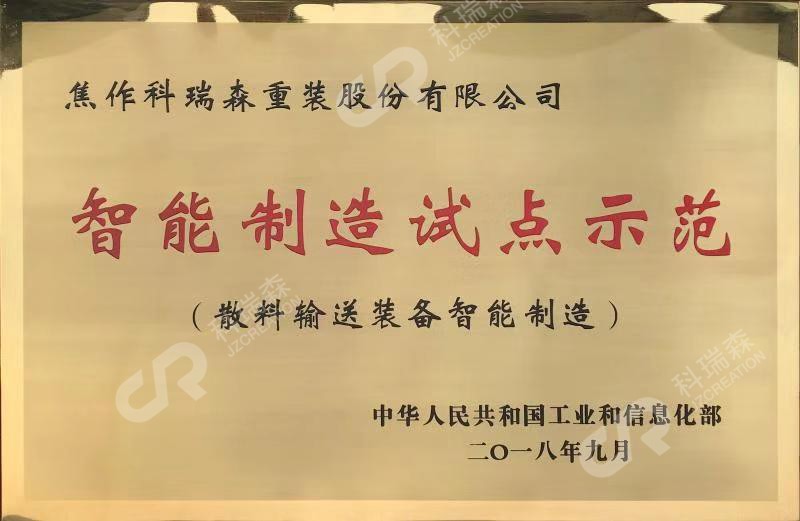 Jiaozuo Creation Heavy Industry Co.,Ltd, as the leader of the Bulk material handling industry, will focus on the intelligent manufacturing, integrate social resources, pool multiple forces, strengthen collaborative innovations, promote the upgrading of the bulk material handling, following the slogan of “detail determines success, altitude determines future”, with the development of the social industry, marching toward the goal of ”higher, faster and stronger”.

Previous Page:Successful conclusion of the 13th Autumn Games of Creation
Next Page:Welcome to our booth in Mining World Russia 2019 in Moscow